Skilled Worker Visa: get a job in the UK after Brexit 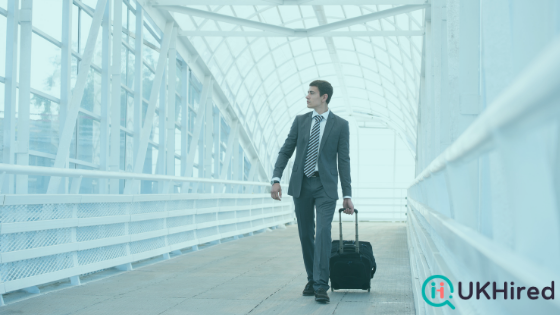 British citizens voted to leave the EU on the 2016 United Kingdom European Union membership referendum. After years of negotiations, the UK has finalised the Brexit deal and consequently reconsidered the entire immigration system.

The freedom of movement between the UK and the EU ends on 31 December 2020, meaning that from this point onwards EU citizens in most cases would need to obtain visas to study or work in Britain along other non-EEA nationals.

The new points-based immigration system brought changes into the current visa routes and introduced additional visa types, including the post-study work visa for graduates of UK universities. Applications for visas under the new system start on 1 December 2020 for non-EEA nationals and from 1 January 2021 for EU nationals.

In this blog we will focus on explaining the Skilled Worker visa that replaced the Tier 2 General route. This visa was previously issued for people outside the European Economic Area with a skilled job offer from a licenced employer. From this point forward, the Skilled Worker route will be used by all foreign nationals (with the exception of Hong Kong and Irish citizens) who wish to live and work in the UK.

What's the difference between the Skilled Worker visa and Tier 2 General visa?

Whether you are familiar with the UK immigration system or not, this comparison table will help you understand the main differences between the new and old work visa routes.

How to score points?

You need to score a total of 70 points to apply for a Skilled Worker visa.

To get these points you should satisfy three mandatory conditions worth 50 points, and get 20 points if your salary is at least £25,600 or the going rate for the profession, whichever is higher. If your salary is lower than that, you can get 20 points for satisfying one or a combination of other tradeable requirements.

This table summarises how you can successfully score 70 points. 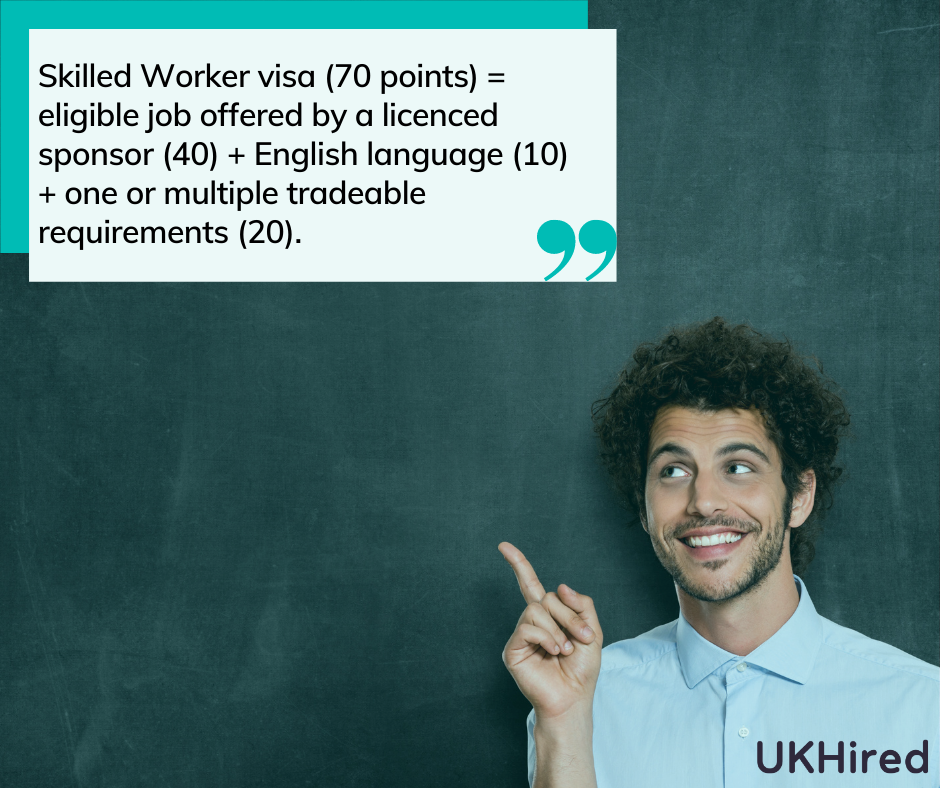 Use technology to check job suitability for Skilled Worker visa

We covered essential information about the new Skilled Worker visa and the way of getting 70 points.

There are mixed opinions on the new immigration system, for instance, you can read what a London immigration lawyer thinks about it.

Our comparison table showed that overall, the immigration rules are less rigorous now. For instance, employers no longer have to comply with the RLMT, there is no more cap on the number of migrants and the cooling-off period is cancelled.

However, the new immigration system introduced many nuances. You now have to check employer's sponsorship licence, job SOC code, salary rate, suitability for PhD points and many other rules.

But don't worry, you don't have to memorise every rule.

UKHired will soon be releasing a points-based calculator that gives you job-specific visa information for every job ad on our website.

So, whether you are from or outside of the EU, now you know what you need to get a job in the UK. 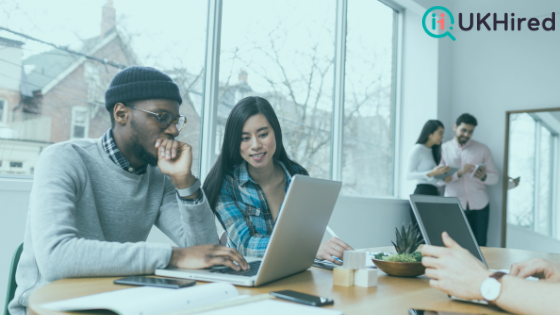 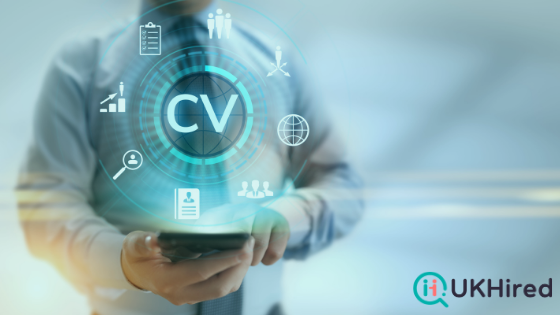 How to write a UK CV: 7 tips for international job seekers

Get weekly tips about landing a job in the UK!